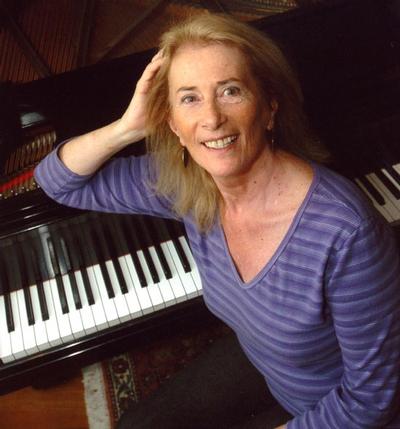 Argentinian born pianist Estela Kersenbaum Olevsky has a highly diversified career as a soloist and collaborative pianist. She has an enthusiastic following in the U.S., Latin America, Europe and Asia as a result of her performances in musical centers throughout the world, including New York City's Alice Tully Hall at Lincoln Center, Merkin Hall, the 92nd Street "Y" and Weill Hall at Carnegie Hall. She has performed at Boston's Jordan Hall, Vienna's Konzertverein, Amsterdam's Concertgebouw, Beijing Central Conservatory and Shanghai Conservatory of Music in China.

She has collaborated in recitals with soloists such as Aaron Rosand, Julian Olevsky, Phyllis Curtin, Maurice André, Alberto Lysy, Sung Ju Lee, Joel Krosnick, Astrid Schween, Matt Haimovitz , Carol Wincenc , Lucy Shelton. On many occasions she performed duo piano recitals with her sister, Sylvia Kersenbaum. A resident of Western Massachusetts, she regularly performs with her colleagues in the Five College Area and at the Mohawk Trail Concerts, in Charlemont, MA. An avid chamber music player, Ms. Olevsky has partnered with distinguished ensembles such as the Berlin Philharmonic Festival Soloists and the Lark String Quartet. As a member of the Olewsky Trio with violinist Julian Olevsky and cellist Paul Olefsky, she recorded the Complete Brahms Piano Trios and the Tchaikovsky and Arensky Piano Trios.

Together with the late jazz pianist Billy Taylor, she created and performed an innovative program entitled It's All Music at the Kennedy Center in Washington, D.C. This program is available to schools and educators throughout the U.S. as part of the Arts-Based Educational Programs via Satellite (grades 7-12) http://www.kennedy-center.org/education/pwtv/#yr2002.

Internationally, she has soloed with the the Orquesta Sinfónica Nacional de Buenos Aires, the Bach Festival Orchestra under Karl Richter in Argentina, the Schumann Philharmonie in Germany, the Janácek Philharmonic and Bratislava Radio Orchestra in Czechoslovakia. In the USA she has appeared with numerous orchestras throughout New England.

Estela Kersenbaum Olevsky, a child of Italian and Austrian parents, made her debut in Buenos Aires at the age of ten. After graduating from the National Conservatory of Buenos Aires at age sixteen, she took courses in orchestral conducting and vocal coaching at the Teatro Colón Institute in Buenos Aires. Her teachers in Argentina included Eugenio Bures and composer Alberto Ginastera. She also coached with pianists Richard Goode (USA) and Bruno Seidlhofer (Switzerland).